Poet, actor, journalist, and senior sub-editor at Calcutta’s Telegraph newspaper. A man of many talents, Uttaran let us in on a chai wallah who keeps something extra at his stall.

As I have lived and grown up in Calcutta, I have met and interacted with numerous chaiwallahs.

The most interesting one, however, is Mahadev, who has a kiosk right outside the sprawling office of Anandabazaar Patrika on 6 Prafulla Sarkar Street. I have worked at this office for the past three years.

Besides serving tea to the employees of ABP and The Telegraph he also serves as a keeper of their liquor. The employees of ABP are not allowed to carry liquor into the office, even if they are not consuming it. So, many of them deposit their bottles at Mahadev’s kiosk and collect it after work.

He also plays host to acquaintances who have enough money for a bottle but not to go to a bar. So they often drink at the kiosk on the footpath. Mahadev also often joins them for a drink. 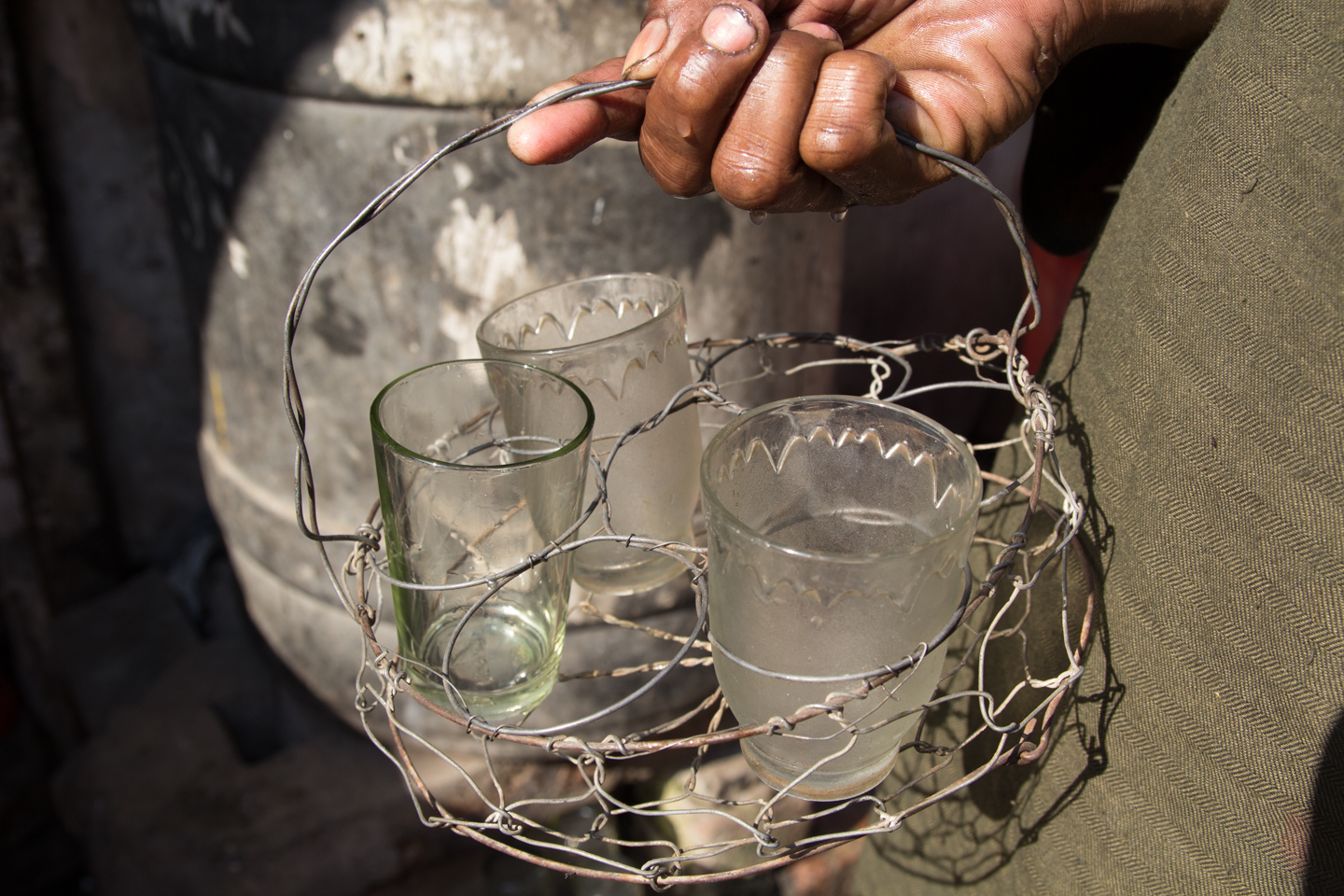 Chai cups ready to be filled – but with what?