About 2700 years ago, Siddhartha Gautama sat under a pipal tree – now known as the Bodhi tree – in Bodh Gaya, attained enlightenment and became the Buddha. Today, under another pipal a hundred yards from the Bodhi tree, Buddhist monks sit cross-legged. They are not meditating; they have all day for that. They are here to sip tea at Manesh’s chai stand.

It was in Buddhist monasteries in China that tea first became a popular drink. For centuries, monks have consumed tea to help them concentrate on their meditation and stave off sleep. So it is no surprise that today monks throughout India flock to chai stands.

“We’re only supposed to eat two times a day, so tea really helps sustain me,” said Kunga Thukjay, a Tibetan monk raised in India. “I love the Indian tea with all the ginger and cardamom,” he said as he sipped Manesh’s milky brew – much better in his opinion than the traditional Tibetan tea served with salted yak butter.

Buddhists come from around the world to make the pilgrimage to Bodh Gaya, so Manesh’s stand at times takes on the appearance of an international convention with monks from Myanmar, Sri Lanka, Thailand, and China – each easily identifiable by the color of their robes. “The Sri Lankans wear white, the Burmese red,” Manesh explained.

Bodh Gaya is also a destination for foreign backpackers and Indian tourists, but fewer have come since July when a series of bomb blasts occurred in the Mahabodhi temple complex built around the Bodhi tree. The blasts totally shook up Manesh’s business. He used to have a permanent tea stall in the pedestrian walkway outside the temple with chairs and benches for customers. After the blasts, police banned stalls from the walkway and Manesh had to move to his spot under the tree, where he sets up his two-burner stove every morning. “Now there are many fewer customers,” he said. “There’s nowhere for them to sit.”

Chairs or no chairs, Manesh is the chai wallah closest to the temple and he appears to do a brisk business selling to monks who wax philosophical over multiple glasses of tea – each nearly double the size of those found in Delhi.

Over a cup, Pankaj Shankar, a filmmaker working on a documentary about Bodh Gaya, told an anecdote illustrating how chai was linked to Buddhism:

“These guys were traveling on a train and met some Buddhists. A chai wallah came down the train selling tea and the travelers perked up. The Buddhists asked, ‘Do you drink tea?’

‘Yes, of course we do,’ they responded. ‘Morning and night.

‘Well, what is in your tea?’ the monks asked.

‘We drink tea also,’ said the monks. ‘But our ingredients are different. As tea we use compassion. As milk we use tolerance. As water we use forgiveness, and for sugar self-discipline. That is the recipe for Buddhism.’” 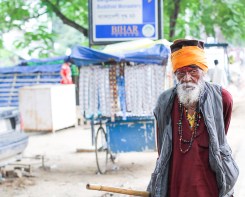 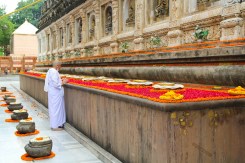 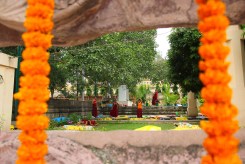 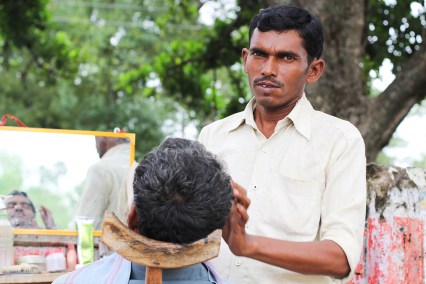 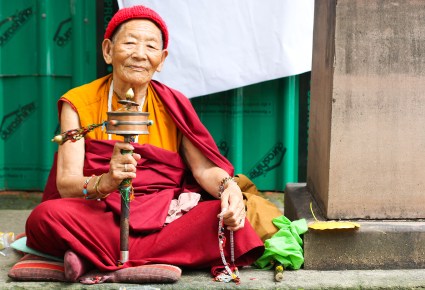 Ane and her prayer wheel 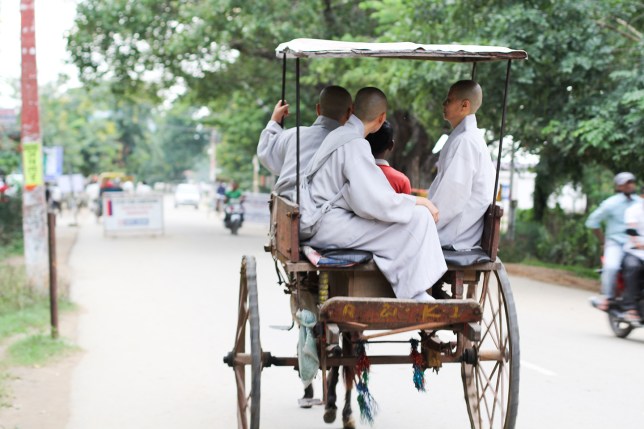