The Bible mentions breaking bread with others as the ultimate culinary conveyance of fellowship. In India, it’s taking tea. Nowhere is this more evident than on the campaign trail where a quick cup with voters can make or break an election.

We tagged along with Barjinder “Bonnie” Mann, a candidate for Haryana state legislature, as he visited villages in Karnal district, about 100 miles north and a world away from the hustle and bustle of Delhi.

Politics are in Bonnie’s blood. They have been since his great-uncle represented Karnal in the pre-partition Punjab Assembly in the 1920s. Bonnie’s father, Tajender, known fondly as Teji, sat in the Haryana state assembly for decades before passing away this summer. Posters with his face proclaiming “Teji Mann amar rahe! (Teji Mann lives forever!)” are never far away. Bonnie’s brother is running to replace Teji in the rural constituency adjacent to the one where Bonnie is campaigning.

“My father was so beloved by these people, we really have no choice but to run,” Bonnie explained. “We can’t just walk away from them.” Their cousin Sumita Singh represents Karnal town, so the brothers’ election would make a Mann family trifecta.

The seat Bonnie is running for has been reserved for members of scheduled castes but that reservation is expiring, opening the way for another Mann to take a seat in the Haryana Vidhan Sabha. The previous representative was removed from office for taking money in exchange for government jobs and abetting the suicide of a local village head. Needless to say, most voters are not lamenting a changing of the guard.

We walked from house to house in the village of Hathlana, about an hour outside Karnal town, the streets dotted with buffalo dung and the air rich with the smell of it. Many visits began with the serving of tea. But cold soda was an even more common offering. Was it due to the heat? Could it be the local buffaloes weren’t producing enough milk? Or had fizzy Coca-Cola overtaken humble chai as the preferred drink in rural Haryana?

If so, we cannot understand why. Village chai is delicious. At one campaign stop, we were led away by the household women to see how chai is made when there is no Starbucks nearby. Gyano Devi, dressed in a bright purple sari, squeezed milk from a buffalo behind her house. Preparing a fire of dried dung and sticks, she heated the milk and sprinkled in some tulsi leaves freshly picked from her garden, as well as black tea and sugar. What resulted was a rich elixir providing a perfect moment of relaxation before we rejoined Bonnie on the campaign trail. “In India, caste is everything,” Bonnie explained to us. Nowhere is this truer than the realm of politics. Hathlana is a Ror village. Mann is a Jat. He would have to bring out some profound rhetoric to convince locals to cross caste lines and cast their vote for him.

“If America can elect a black man from Africa, and even two American states can elect Indian chief ministers [governors] – Nikki Haley and Bobby Jindal – then surely you can vote for the most honest man.”

One villager was moved. “Teji Mann!” He shouted. “Amar rahe!” The crowd shouted in response.

But these stump speeches were surprisingly rare. More often the visits were filled with small talk, and hosts insisting members of Bonnie’s entourage take another sweet. Sometimes, in fact there was no talking at all, just Bonnie and the village elders sipping chai or Limca or whatever has been proffered.

“You see, he doesn’t have to say anything,” a travel companion says about Bonnie. “It is the simple act of showing up and drinking tea. Seven groups called us for tea in this one village. We knew we didn’t go to drink tea. But tea is the important formality. It’s the way you announce to the village that we are with you. It says we are a gang and we are together and we will look after each other. You can be with me and I will look after you. Or you can go with somebody else. It’s all very tribal.”

So the lesson to villagers during election season is keep milking those buffaloes and brewing gaon ki chai. And to candidates: Drink up.

3. Put milk and water in a pot over the fire.

5. Bring mixture to boil until it nearly bubbles over. Stir. 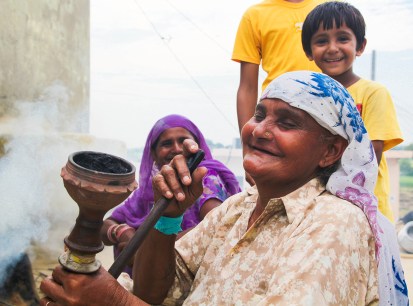 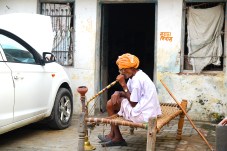 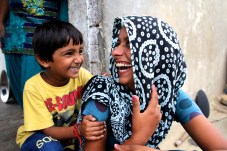 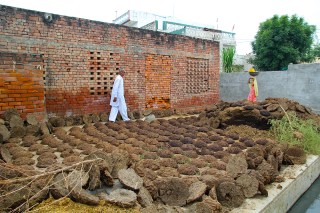 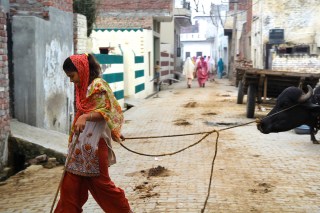 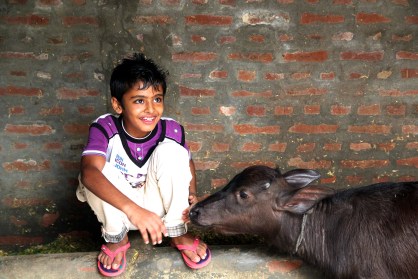 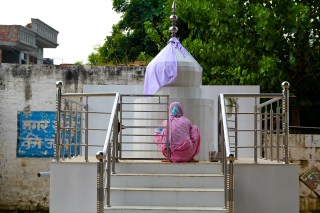 Praying at the mandir 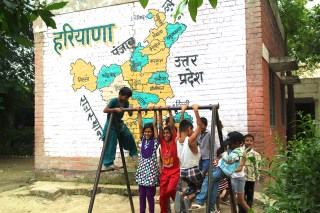 Hanging on the jungle bars 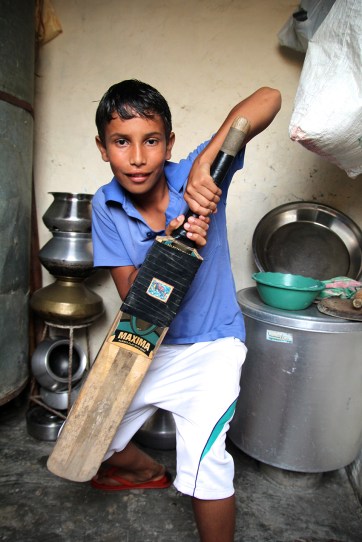 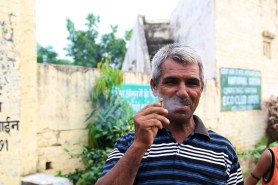 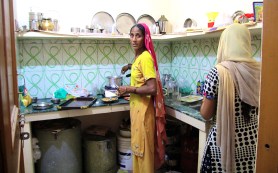 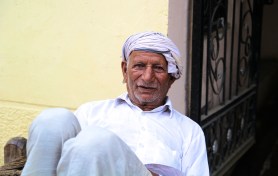 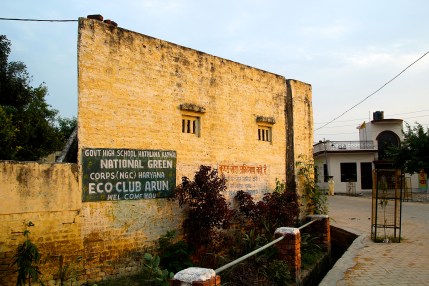 Drinking straight from the buffalo’s udder

Construction in the village 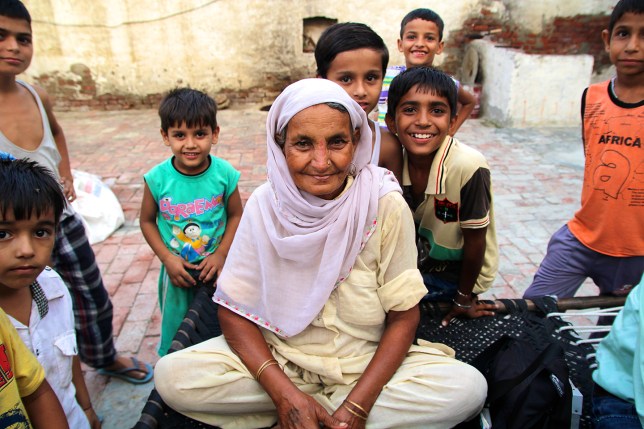