In India chai is consumed by people who speak so many different languages that it feels inadequate to write about the subject only in English. Fortunately we have friends to help us bridge the language gap.

Tanmoy Sarkar, an editor at Ei Samay, a Bengali language newspaper affiliate of the Times of India, encouraged us to write about our experience at chai stands in Kolkata. He then translated it and enhanced it, adding poetic flourishes in the tradition of Bengali laureates Rabindranath Tagore and Kazi Nazrul Islam.

“Matir bhNare ananda biliye cha-bikretarai Kolkatar jadukar,” he titled our post, which translates roughly to: “The tea-vendors of Kolkata are the ultimate magicians by selling joy in earthen cups.”

If you can’t read Bengali, good luck with Google Translate. Or read our version in English below.

Chai Wallahs: The Gateway to India

“Aap chai piyoge?” This might as well be the national greeting of India.

The moment you walk into an Indian home, you are offered a cup of tea. Hardly any business or government meeting gets underway without tea, and adda goes on for hours over cup after cup.

Arriving in India from America, this communal obsession with chai is very welcome. In the U.S. where life is incredibly fast paced, caffeine is usually consumed in jumbo-sized cups alone at desks or on hurried commutes. Americans drink coffee primarily to stay awake and energetic through the long workday. In India, drinking chai is as much about forming communal bonds as consuming caffeine.

Spending the past several weeks in Kolkata, we have become acutely aware of this during the festive seasons of Durga Puja and Bakra Eid, where chai has been our gateway into new communities. While hopping from pandal to pandal, we didn’t want to witness only the captivating displays. We wanted to learn about the places we were walking through. Talking with the local chai wallahs and their customers let us do that, from Naktala in South Kolkata to Baghbazaar in the North.

Chai wallahs are often the eyes and ears of their neighborhood, seeing and hearing all that happens on the street and collecting gossip from locals engaging in their ritual adda over a hot cuppa. Their small stands are like the hub of a wheel whose spokes are people from every walk of life. The closest thing we have to cha er theks in the U.S. might be local barbershops where people are forced to slow down and chat, but even this culture is fading and you don’t get a haircut nearly as frequently as you drink a cup of chai. Taxi drivers can tell you about a place as you drive around, but they’re only in big cities, whereas chai wallahs are everywhere in India.

On Bakra Eid, most shops in the Muslim neighborhood around Park Circus were closed. But the chai wallahs were open. At Mohi’s chai stand on Shamsul Huda Road, local residents explained how they had performed kurbaani that morning and were distributing the meat to the poor. In that moment, chai was a great social leveler as those same poor members of the community drank side by side. We could use more of that in the U.S. where it seems we hardly have time to say hello to our neighbors and rarely mingle across socioeconomic lines.

As locals told us about recent changes in the neighborhood, Mohi offered us another bhar of strongly brewed milk tea. We were keen to let the adda continue, so we replied: “Haan, do aur chai banaiye.” 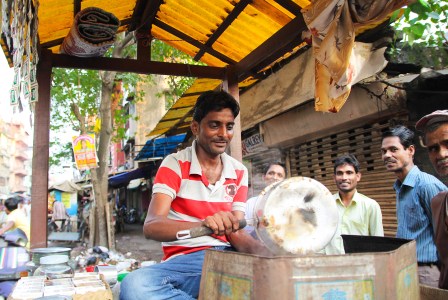 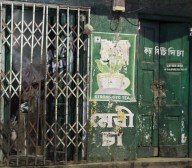 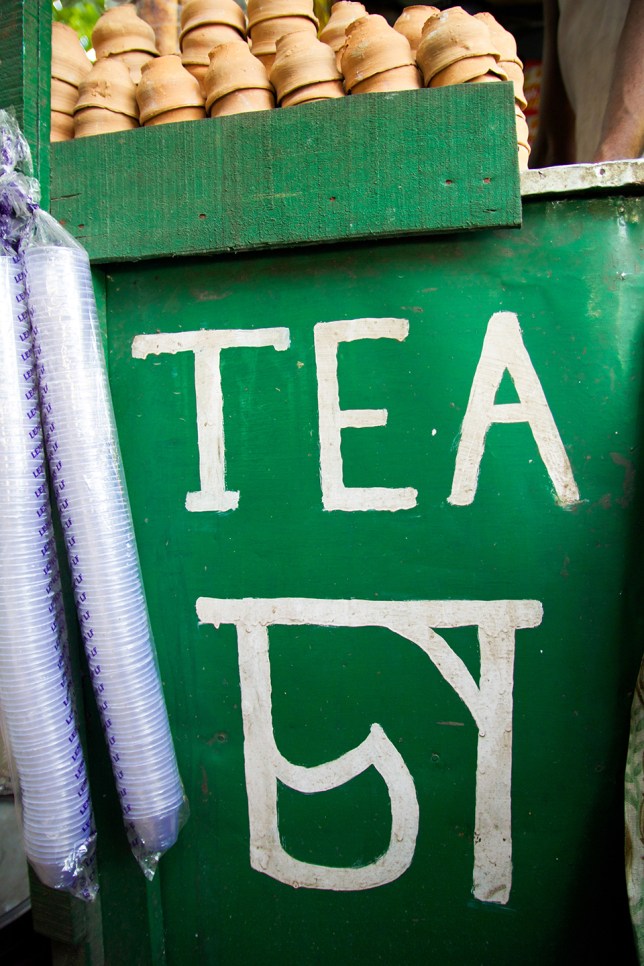